One of Moscow’s most contemporary new structures benefits from Wintech’s input. 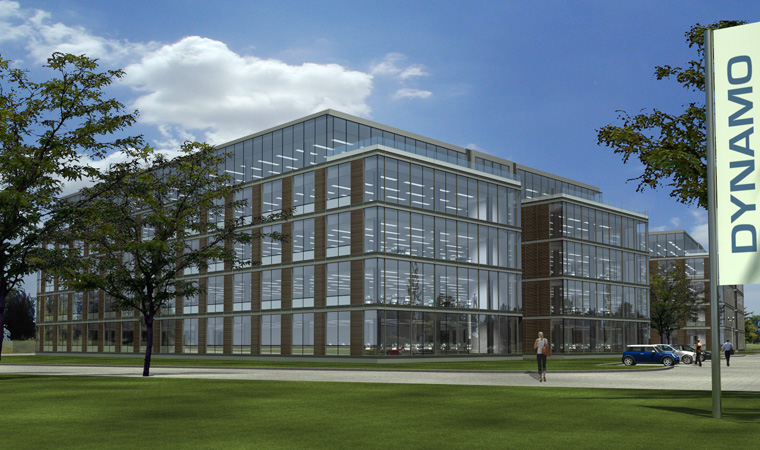 Originally designed by London architects John McAslan & Partners, Olympia Park, also known as Project Dynamo, consists of three five-storey office blocks for mixed use and leisure facilities and is located on the bank of Khimkinsky reservoir in the capital’s city centre.

The $100m project is described as “setting a new multi-use architectural and masterplanning benchmark for Moscow”. Playing a major part in forming this identity are the exceptional façades on the complex consisting of large glazed panels integrated into a conventional stick construction curtain wall. An unusual aspect of this interesting project is the international base of those involved; the curtain wall being designed by a Turkish company, Ant Yapi, and working in conjunction with a local main contractor, Aygün.

The developer, Horus, was keen throughout the design and procurement process to maintain the original design intent of McAslan’s avant-garde appearance. The project was completed in 2011.