The Future of Façade Engineering 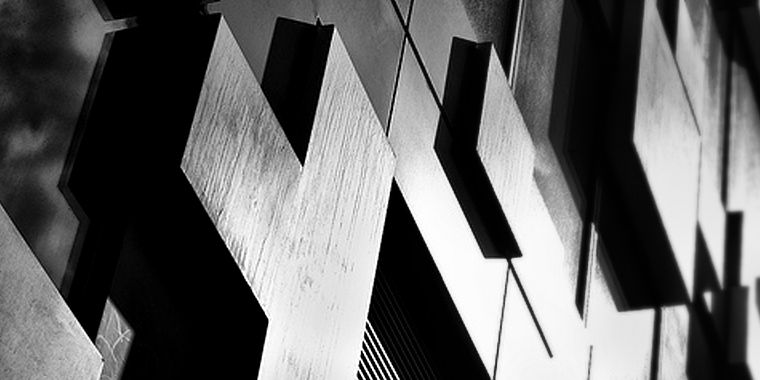 One of the most important elements of a building is its exterior façade. The façade of any building is the primary environmental modifier of the inner environment and to a large extent controls the energy use of any building. It performs a duty of the functional weatherproof shield, preventing undesirable environmental elements entering the building interior whilst allowing and controlling the ingress of beneficial environmental factors such as light and fresh air. However, the façade has more purpose than simply being an environmental filter; it is of course also the main external manifestation of architectural intent.

Façade engineering has seen rapid changes and development in recent years as the construction industry has become conscious of the fact that developers have more ambitious and creative design ideas. Legislation driven by the need to reduce the carbon foot print of our new build stock also gives rise to an increased emphasis on improving building energy performance, façade life expectancy and sustainability.

Recently, there has been a growing trend towards free form or organic complex geometry building envelopes. Such specialist façades are generally designed, bearing in mind the performance criteria necessary, using advanced parametric CAD design tools more commonly used in the aeronautical or automotive industries. There is also an increasing trend to design construction projects using a 3D design environment with Building Information Modelling (BIM). BIM is the process of generating and managing building data during its life cycle. BIM involves representing a design as objects vague and undefined, generic or product- specific, solid shapes or void- space orientated, that carry their geometry, relations and attributes.

Today, clients are increasingly investing in architects with more imaginative designs. Such advanced creations are certainly now viable to design given the advances in BIM and parametric CAD. However, a façade engineer is an essential part of the team required to manage the transformation of a building concept from a unique artistic idea to a detailed design meeting the required environmental performance. The role of the formally qualified façade engineer becomes increasingly more valuable in the construction process as a part of the professional team.

Façades – the past, present and future

For centuries, the façades of buildings have helped define the period they were built in and have created an identity for the places where they stand, as an example of this much of the architecture of India varies from state to state; from the exquisite beauty of traditional Rajasthan to the high- rising eclecticism of Mumbai. Throughout history, many buildings around the globe have needed to be constructed purely for commercial, practical and functional reasons with minimal creative detailing due to the restrictive nature of engineering capabilities. That is unless dedicated to religious purposes or the aristocracy where the boundaries have been extended.

World architecture today has taken great leaps forward as a result of breakthroughs in science, technology and engineering. Architects can now be confident that distinctively shaped structures can be built and so the demand grows for the construction industry to benefit from the new viability of a new generation of architecture. Constructing the facade of a building is a task which now requires more careful consideration. For complex geometry designs incorporating free form  or organic surfaces, the process of detailing the design within a 3D CAD environment can be extremely time consuming, costly and fraught with potential error.

Façades are quite rightly the most visible element of any development and generally have the biggest impact on public opinion. In the UK the standard has been set high by constructions like The Gherkin, Cardinal Place  in London and The Bullring, Birmingham; all of which have put UK architecture under a glamorous spotlight. Architectural projects now often hold the objective of being sublime landmarks which consequently demands that façade engineering plays a vital role in achieving a successful avant-garde development.

The Function of Façades

Façades have traditionally acted as the shielding, exterior layer of a building, designed to be tolerant towards weather while allowing beneficial elements to filter through. As the primary environmental modifier, science needs to be carefully considered when dealing with a façade’s performance and its contribution to energy conservation.

The ideal façade breathes, insulates, and protects with its structural, thermal, acoustic, water ingress and air infiltration functions permanently performing effectively. Additionally the aesthetic impact of a development is inextricably linked to a building standing the test of time. The façade is a vital consideration often up to 30 per cent of the total build costs and traditionally considered to be the high risk element of any new project.

A client or architect will approach the façade engineering consultant with either an existing problem or a whole new project concept. A façade engineer will take an analytical look at a design and develop a series of strategies that will need to be tested against the design intent, appearance, project budget and construction methodology. These will be measured and adjusted against the project requirements and the design process will commence with the parametric team skilfully beginning to virtually assemble the designs as a digital prototype.

Wintech has undertaken a significant research programme into automating the design of such complex facades. Utilising state of the art parametric design tools and a number of bespoke form finding analysis algorithms Wintech has succeeded in finding a general method to automate complex geometry façade design.

Essentially, a free form façade surface is imported into the design environment and then given some direction as to nominal panel size and any principal panel divisions. After being provided with a surface there are two different approaches to creating the initial framework pattern; flattening the surface from 3D space into parametric space and then creating a grid which is then projected back into 3D space (called the UV method) or using a Node Equilibrium method. Either of these methods may be used but they both have advantages and disadvantages depending on the complexity of the surface.

The UV method essentially flattens a 3D parametric surface used in most modern CAD systems into parametric space. For instance the surface defined parametrically by f[u,v]=(u,v,Sin[pi u]Sin[pi v]) for 0<=u,v<=1 would be flattened onto a square plane defined between 0 and 1, a grid would be created upon it, which would then be translated back to 3D space.

Common problems such as ‘bunching’ and ‘point singularities’ often experienced using this technique have largely been ironed out due to custom commands adjusting the grid lines in parametric space accordingly. However, even with these functions it is still not possible to use this method on extremely complex or unusually shaped surfaces.

Advantages to using this method are that it usually results in eye-pleasing and sensible patterns. The main disadvantage is that it breaks down for highly complex surfaces.

The node equilibrium technique randomly places a set amount of particles upon a surface and then allows them to settle into equidistant equilibrium positions using a bespoke algorithm created by Wintech. After the particles have settled, a triangulation function is applied using the particles as node points. This technique may be applied to any surface, no matter its complexity, but does not always return an eye-pleasing pattern with continuous contour lines going across the surface as produced by the UV method.

Once the panelisation study is completed a nodal net defining the vertices of each panel is available.

Based on the required form of construction, glass and grid shell, unitised curtain wall or cladding have been considered to date,  the nodal net is automatically populated by a pre-prepared intelligent parametric façade panel module. Each instance of the parametric façade module has embedded within it all the information necessary to manufacture each of its constituent parts. Again the extraction of all of this information is an automated process. Following the initial design exercise this embedded manufacturing information can then be transmitted as a series of 2D drawings or alternatively transmitted in a pure digital form which can simply be streamed into a CNC manufacturing process. This can effectively drive the whole manufacture process directly thus significantly reducing time and error in the manufacturing environment.

The various phases of such projects normally include concept design, establishing specifications, structural engineering, full working design, procurement and construction documentation. A façade consultant can offer appropriate advice and assistance throughout the whole design and construction cycle. The cost of such façade consultant services are typically more than outweighed by the resultant savings available in procurement and improvements in the finished quality of the external envelope.

Wintech have been able to develop a series of unique computer based technologies that help deliver the most complex façade geometries with significant benefits over conventional analogue design processes.

A key element of Wintech’s research has been the optimisation of complex geometric surfaces. Wintech have developed unique optimisation algorithms which in simple terms populate the physical design with intelligent code that allows the designer to deliver the most efficient panelisation study possible for a given form and ultimately; automatically delivering information which can inform the downstream manufacturing processes whilst embracing techniques that can rationalise panels within irregular complex surfaces, optimised to enhance the use of repeating panel configurations.

The advent of complex geometry and parametric technology has helped drive the delivery of a potential revolution of ambitiously creative architecture. Buildings can now be designed almost as an artist creates a sculpture.

Since the outside of a building is naturally the first thing that is in view, it is important that the façade gives a positive and inspiring impression as it can reflect upon the reputation of the client. One single building that embraces complex geometry can add a futuristic element to an otherwise ‘normal’ scene. These high-profile projects have the ultimate aim of being described as monumental or iconic, even critiqued by commentators who may view it as abstract art.

The engineering systems that Wintech have developed are the culmination of a significant research programme and their ongoing involvement with designing, consulting and testing on landmark project façades. They certainly promise to assist the informed developer to construct avant-garde amorphous geometry building facades with greater confidence and ease than was ever previously conceived.