The RIBA Stirling Prize, the UK’s most prestigious and sought after architectural award, was presented to the renowned architect Zaha Hadid. 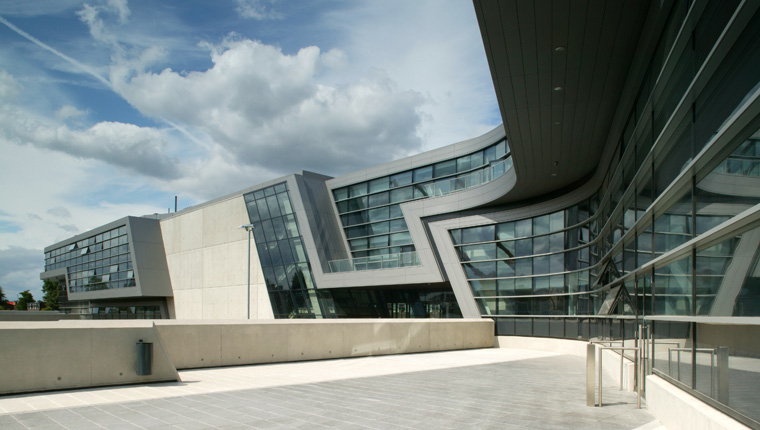 The Evelyn Grace Academy, a cutting-edge new secondary school in Brixton, London, designed by Zaha Hadid Architects, has won the prestigious RIBA Stirling Prize 2011, presented to the architects of the building that has made the greatest contribution to the evolution of architecture in the past year.

The brief for the Evelyn Grace Academy in Brixton, London was complex; to accommodate four schools under one academy shelter within a limited space. The finished project, completed in October 2010, resulted in a visually stunning building with all the necessary functionalities of a contemporary school.

One of the key considerations of buildings of this type is associated with their durability under what could be quite onerous conditions.  With a high level of public access to the facades and the potential for damage, the careful selection of materials and finishes to suit this environment is vital.

High levels of natural light and ventilation were achieved throughout; the facade systems being supplied by specialist contractor McMullen Architectural working alongside the facade engineering group Wintech and the main contractor Mace Plus.

Wintech played a key role in defining an appropriate facade and cladding strategy and assisting in the development of a specification that matched the environmental performance attributes of the development in what would be a demanding environment.  The aesthetic aspirations of the architectural team and the practical issues associated with buildability, maintenance and life expectancy were all important issues that needed to be considered.

Wintech worked in conjunction with the main contractor’s team in the bid selection process and were instrumental in the delivery of a design that matched the overall aspirations of the project, with the delivery of technical analysis and audit services prior to manufacture and erection. Wintech’s consultancy team played an active role in design consultations and reviews.

The RIBA Stirling Prize is awarded annually to an architectural project that has been judged as the greatest contribution to the evolution of architecture for that year. It is the first time in its history that it has been awarded to a school and it is Zaha Hadid’s second year running as the recipient. The architect’s aim for the school was to have “a profound impact on the children as they grow up” (Hadid).