Words and Awards; Library of Birmingham

One year on after its official opening, the Library of Birmingham has been recognised for many architectural awards, the latest achievement being shortlisted for the most significant award in British Architecture; the RIBA Stirling Prize. 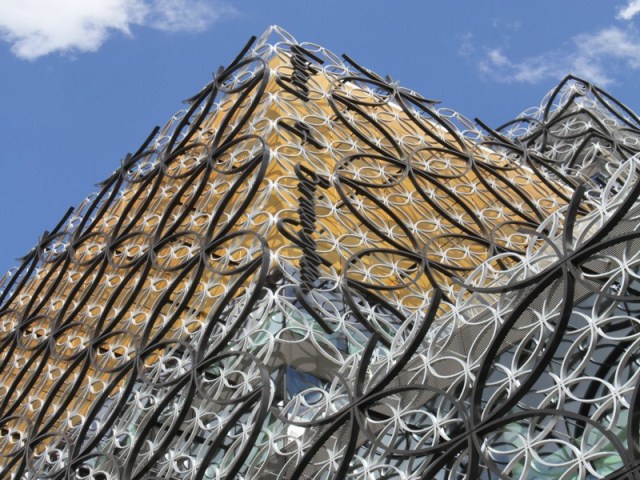 The library, designed by Dutch Architects Mecanoo, has become one of the most recognised landmark buildings in the UK, a major factor being its iconic façade. The building has a complex, exterior made up of a lattice of aluminium circles over a large glass unitised curtain wall. The intricate pattern of interweaving circles is said to be inspired by the city’s industrial history. 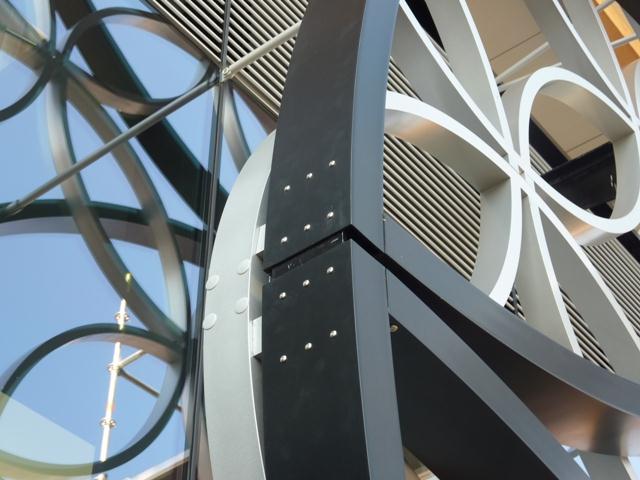 The Library of Birmingham has also recently been named as one of the UK’s most iconic structures by the Construction Industry Training Board (CITB) as well as being shortlisted for a World Architecture Festival Award as a Completed Building in the Culture category.