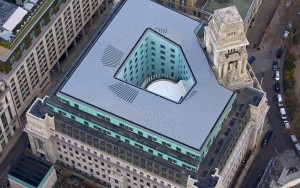 Located opposite the Tower of London, the grand 10 Trinity Square has had a brand new zinc roof installed comprising approximately 5000 unique panels. The brief for architects Woods Bagot required the restoration of the original circulation and geometries of the building including the central rotunda space which was originally designed by Sir Edwin Cooper in the 1920s and lost during the Blitz.

The historic Grade II* listed building, 10 Trinity Square, which was previously used for office space is being restored and transformed into a luxury Four Seasons Hotel that is set to open at the end of 2016 along with other mixed-use facilities. The redevelopment of the building which was originally built in 1922 has been led by experienced consultants and guided by heritage experts. 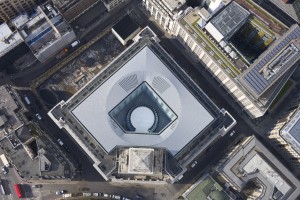 10 Trinity Square straddles both the City of London and Tower Hamlets. The building famously featured in scenes of the James Bond film, Skyfall.