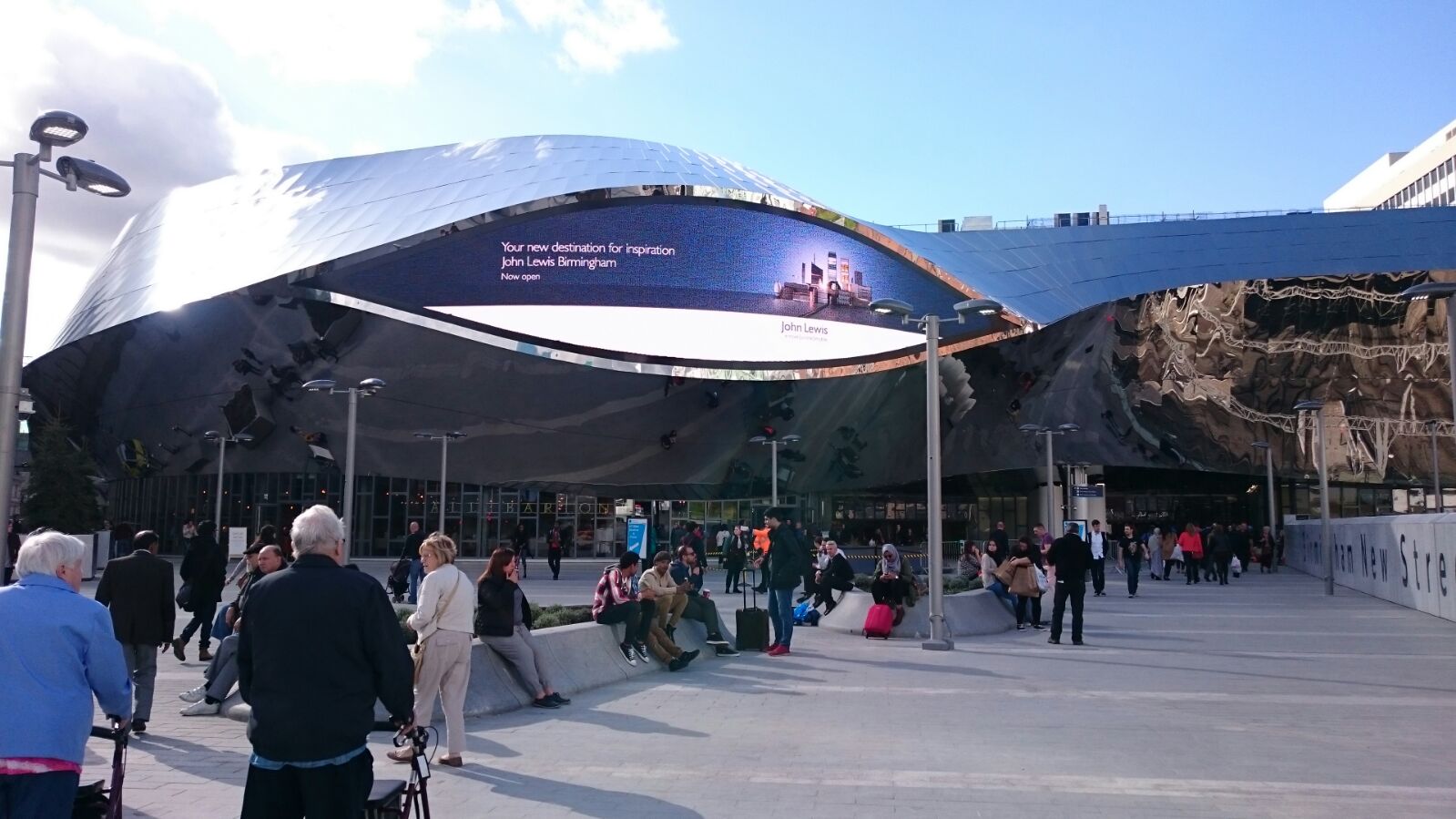 As well as the welcoming natural daylight from the large domed glass roof, a main feature of the development is its reflective exterior, the design of which has been described as a “reflection of movement” by the Director of Design at Network Rail.

Around 20,000 sq metres of steel make up the facade with each panel being unique. Birmingham New Street is the busiest outside of London within the UK and the transformed station will be able to handle 300,000 passengers a day.