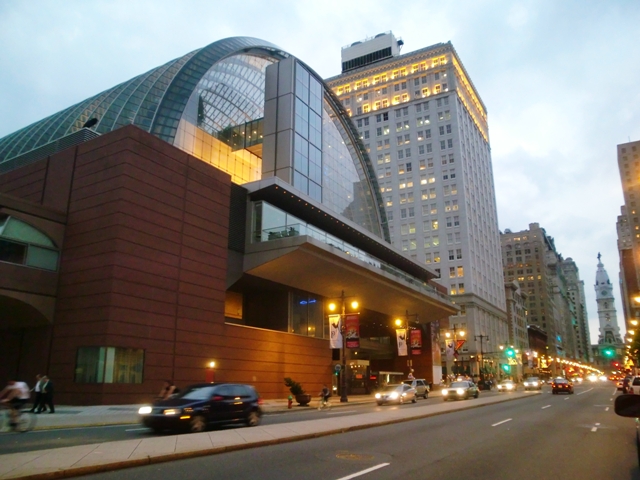 The 12,000m² Kimmel Center, Philadelphia, USA occupies an entire block within the city and shelters two concert halls under its awe-inspiring, barrel-vaulted roof.

Opened in 2001 and inspired by greenhouse architectural structures of the nineteenth century, the venue holds the 2500-seat Verizon Hall and the 650-seat Perelman Theater. Architect Rafael Vinoly has described the roof as protecting “two jewels floating in a transparent box”.

Attaining a good level of natural light through the roof was important whilst also controlling glare and heat accumulation. What is interesting is that there are no square or triangular panels of glass, instead the rectangular glass panels lean against each other at a 45 degree angle, resulting in a gravity-loaded arch of laminated glass that is able to bear snow and wind loads.The laminated glass arch is believed to be the biggest bow-truss in the world and is intended for solar control, aesthetic appearance and cost efficiency as well a safety and strength.