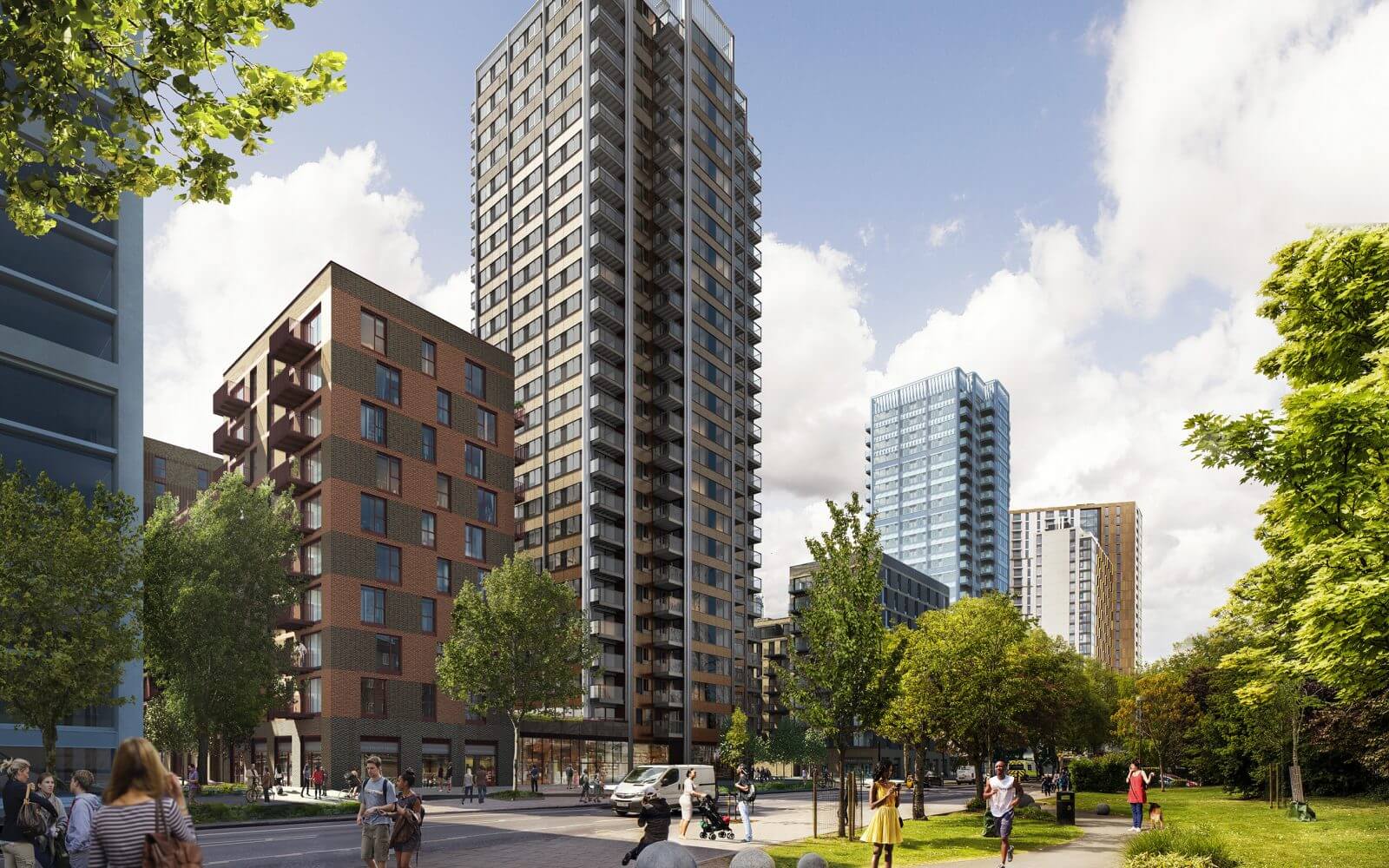 As part of Lendlease’s major Elephant Park regeneration project emerging in Elephant & Castle, the third Masterplan phase consists of two development plots. The vision is to create Central London’s new green heart and aims to be one of the most sustainable inner-city regeneration projects in the world.

The first plot to construction, named Park Central (North), will deliver 445 new tenure blind homes, including 25% affordable housing, The mid-rise blocks are made up of brickwork with pattern formations taking inspiration from the quintessential tiled walls found in the London underground stations around Elephant Park. Aluminium unitised façade panels will form the tall tower block featuring deep silver aluminium fins. As with Park Central (North), the mansion blocks of  the second plot (known as East Grove) will use brick as the main material with colours referencing local buildings.

Each plot includes a 25-storey tower with mid-rise blocks up to 12 storeys. Together they will hold 829 apartments. 71-72% of the new homes in both plots will have dual aspect windows allowing light from two different directions.

Wintech have been working with developers Lendlease to help see that the most appropriate strategies for cladding have been considered. Consultancy services include examining the construction details, thermal analysis of designs and site attendance.